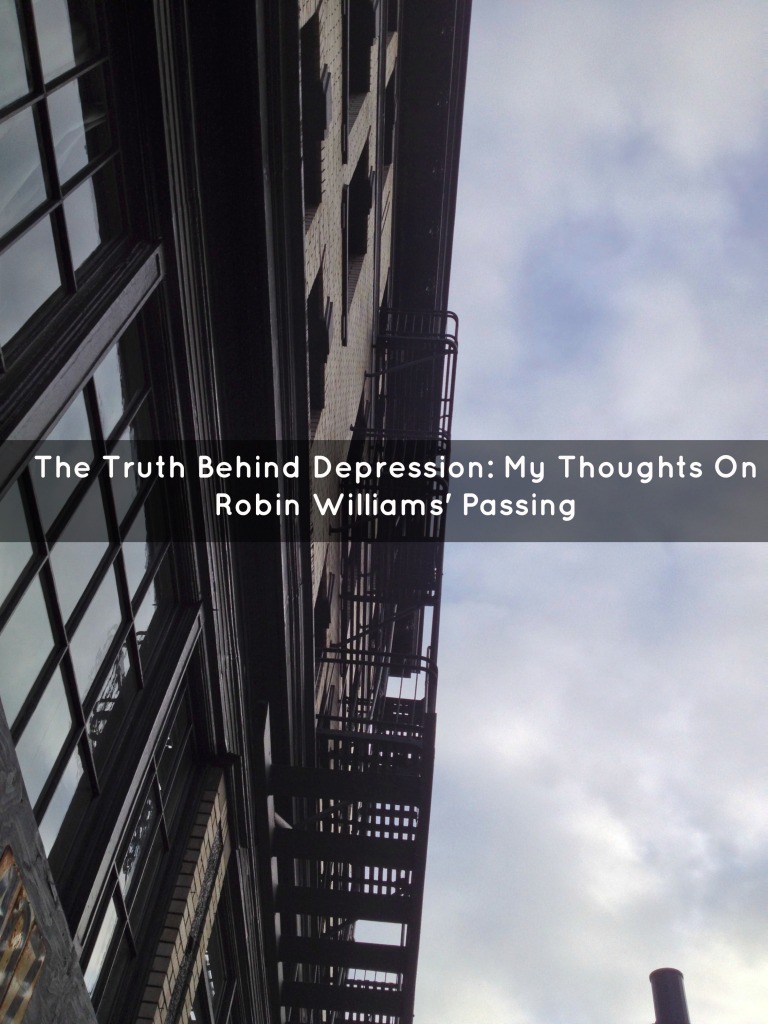 I am not a numbers person. Contrary to my stereotype, I was horrible at math. But consider this:

With numbers like these, you would think that depression would have been more widely accepted as a real disease. Sure, people are talking about it a lot more (which is great), but how long will that discussion last?

Will people take Robin Williams’ passing as the final kick in the pants and continue the discussion after his unfortunate suicide fades from headlines? Or will we forget about it and go back to our merry lives until another celebrity lends their voice to the issue or passes away?

The choice is yours.

I know where I stand because I’ve been on the verge of ending my life before. I’m still battling the demons of depression.

The hardest part was not the swallowing of the pills. It was not sitting for hours on a therapist’s sticky leather couch. It was not suppressing the urge to cut every time the medicine hit my system.

The hardest part was staying.

Staying alive for my friends and family.

Staying alive and hearing things like “It will get better,” even though life kept giving me reasons to throw the towel in.

I know that I didn’t believe that my life could get better. All I saw was the reality in front of me. And that reality was that my life wasn’t fun.

You could call Robin Williams selfish, but I’d be willing to bet that he held on for as long as he did because of his loved ones.

My friends are the only reason I’ve held on for this long.

Robin Williams was the one who said that we are all given “a little spark of madness. You mustn’t lose it.”

What will you do with your one spark of madness?

6 thoughts on “The Truth Behind Depression & Suicide: My Thoughts On Robin Williams’ Passing”